After the months of tough grind with the aim to launch an online store in the midst of a global pandemic, finally, the long-awaited day came on July 31, 2020. A small intimate gathering was organized, which included many of Nepal’s honorable artists. This event marked the launch of the Bikalpa Store as well as the exhibition A Portal to Nepali Contemporary Art after COVID-19. The whole event was streamed live on Bikalpa’s Youtube Channel.

The event began with the light ceremony, where the guest of honor Mr. K.K. Karmacharya inaugurated by lighting the panas. The curator and the managing director of Bikalpa Art Center Mr. Saroj Mahato thanked all the representatives for showing support for the online store and the exhibition.

The exhibition highlighted the artwork of 22 different artists from various backgrounds and the store website consists of over 40 various artists and their works. The main aim to organize this event was to create an open discussion forum that would record holistic representation of Nepali Artists in national and international, constructive feedback on the situation of Nepali Artist, the art market, and other various opportunities for art organizations and the young emerging artists. The curator Mr. Saroj Mahato lead the program as a host with a very specific direction with a constructive discussion amongst the speakers.

First, the Guest of Honor, Mr. K.K. Karmacharya gave great creative insights through his experience and knowledge. He addressed the situation of COVID-19 and its effect on art organizations throughout the world. Mr. Karmacharya mentioned his appreciation of Mr. Mahato’s creativity mixing up various styles of Nepali art, bringing together the artists of various backgrounds in one exhibition, “A Portal to Nepali Contemporary Art After COVID-19”. Another topic that Mr. Karmacharya emphasized on was the financial challenges of Nepali Art Organizations. “These financial struggles cut down all the opportunities or ideas that can be deemed worthy”, he stated in his speech. “A high standard of the event can be organized by thinking and acting differently”, Mr. Karmacharya continued, “Many have started these online forums but few managed to organize an exhibition, a store launch as well as live broadcast for the viewers online.” Nepal Academy of Fine Arts (NAFA) also needed to organize Rashtriya Lalit Kala Pradarshan but was unable to conduct the event due to the pandemic. However, the intention is to conduct a virtual program in the near future. Finally, he concluded his speech expressing his concern about the low recognition of small events. To overcome these issues, new ideas have to be introduced and emphasis had to be given to new media, performance art, etc.

The second speaker of the event was Mr. Uma Shankar Shah, who was asked to present his view on how a Nepali Artist can sustain in the international and national art market and the challenges. He began his speech by addressing the misconception and misunderstanding about the art market. Art market does not just mean when an artwork is sold, it is when there are a successful buying and selling of the artworks regularly. It is important to properly manage the art market by curators and art directors. Mr. Shah also revisited the era where after the democracy, artist Mr. Amar Chitrakar was sold only for NRS. 100 to NRS. 200. Now, the current situation of the art market has evolved drastically from that era. In the past, artists were not able to sell their art independently. He addressed the notion that traditional and modern styling of artwork made the western countries about Nepali Art. He concluded his speech by pointing out a few policies that need to be recruited in the national act in respect of Nepali Art. Few points he included were to exclude the sales tax as per the sales of the artwork the artists have made, the establishment of the Nepal Art Fund, and 1% of the income earned by various industries.

The next speaker for the evening was Mr. Mukesh Malla, who emphasized on the Art writing and publication of art in Nepal. First, he expressed his appreciation to Bikalpa Art Center trying to do things differently and creating background and art collection in the exhibition. Mostly Mr. Malla focused on the concept of how the artwork of an artist should signify and identify the artist. Just as Bikalpa, other art organizations should also run various events like through all the resources and means available. No excuse about financial limitations should come between the artist’s representation.

After Mr. Malla, the fourth speaker for the event was Mr. Lok Chitrakar who delivered his view on traditional Nepali art and creating his own unique identity in the global market. Many understand the traditional handicraft form is just as the means of gaining a foreign monetary value. The young generation should be made aware of these from the academic level. Along with that, Mr. Chitrakar also talked about the revitalization of the various traditional art forms and living traditions.

One of the wells recognize the head of Bastu Kala in Nepal, Mr. Ramesh Khanal was the next speaker for the session. He too talked about giving priorities to the collaborative approach to Nepali Art and giving continuity to the inter-disciplinary art exhibition and platform.

The final speaker for the program was Mr. Jupiter Pradhan who emphasized more on the young mentality and advancement and involvement of young artists to the betterment of the Nepali Art community. He says, “It is the cultural and artistic responsibility of an artist to give back to society through their work. Mr. Pradhan focuses on the divisions and groupism, the crisis of collaborations in the Nepali art scene, especially in the young generation.  If we do not fulfill this duty of ours, the art will also not support us.” Mr. Pradhan closed his speech by supporting the interdisciplinary platform and exhibition of artworks.

Overall, the official launch of the Bikalpa Store was very successful with great participation and presence of the legendary artists currently working to upgrade the situation of art in Nepal. The event was wrapped up with a good notion that all the artists would support Bikalpa’s future events and also introduce new approaches to the art organization and community. 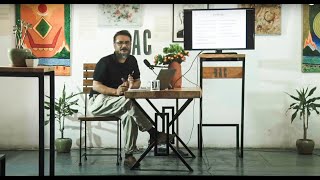 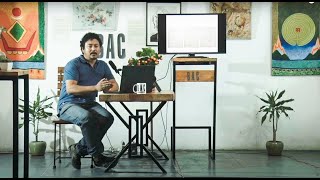 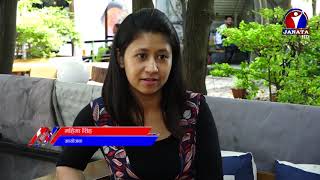 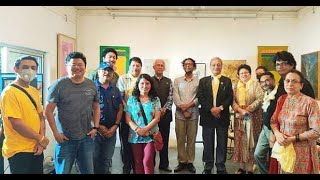 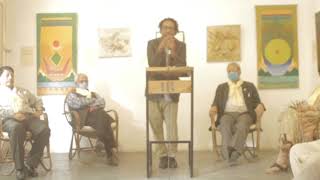 ‘These are disheartening times, but we must do what we need to do’ – The Kathmandu Post

A Portal to Nepali Contemporary Art after COVID-19

No products in the cart.

Your wishlist is currently empty.